Home » Top » Magaya pleads not guilty of rape, as trial kicks off

Magaya pleads not guilty of rape, as trial kicks off 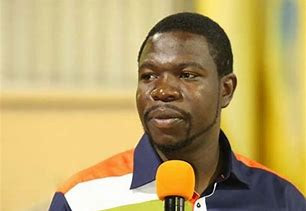 ​Walter Magaya
Prophetic Healing and Deliverance ministry leader, Walter Magaya, has pleaded not guilty to rape, unlawful termination of pregrancy and obstruction of justice charges as his trial kicked off today before High Court judge Justice Amy Tsanga.
The State, led by Prosecutor General Ray Goba, successfully argued against the defence team led by Advocate Thabani Mpofu who had earlier challenged the laying of charges saying it was defective as there was no criminal offence disclosed in the charge.
The State indicated in its summary of prosecution that it would summon at least eleven witnesses to testify against Magaya.
PG Goba also made an application to have Magaya given restrictions as he alleged that the accused had been interfering with State witnesses. Goba said Magaya was facing serious charges hence should have his bail conditions reinstated despite a court order terminating them.
Justice Tsanga ruled that the court order terminating Magaya's bail conditions should stand because the State had no compelling case against accused in the matter.
Magaya is alleged to have raped the complainant sometime in June 2015 before giving her a pregnancy termination pill to ingest. Further allegations are that the defendant, realising that the matter was being investigated, reportedly deposited US$100 000 into the complainant's CBZ Bank account number 09124212590012, allegedly to interfere with investigations.
The matter is set to continue on April 25.-Online. TOP NEWS.