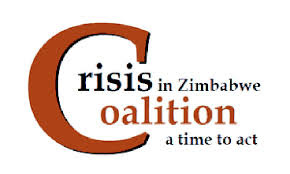 ​
The umbrella body representing civil society organisations, Crisis in Zimbabwe Coalition (CiZC), through its spokesperson Tabani Moyo and acting director Thulani Mswelatho, today issued the following message on the eve of the country's independence celebrations on 18 April 2018. Hereunder is the full text;
Crisis in Zimbabwe Coalition (CiZC) joins the peoples of Zimbabwe, within or without her borders in commemorating Independence Day. On this important national day; we pay tribute to the sons and daughters of Zimbabwe who sacrificed their lives for the liberation of the nation, while calling upon the nation to remain true to the spirit of the day rather than showcasing acts of entitlement. Zimbabwe belongs to all her sons and daughter and never to a few self-proclaimed 'stock-holders'.
We take cognizant of the fact that the struggle for Zimbabwe's independence was motivated by the need for a democratic and equal society in which everyone enjoys fundamental human rights regardless of race, ethnicity or political affiliation.
The Independence Day celebrations come a few months before Zimbabwe holds watershed elections to be held between July-August 2018.CiZC would thus like to emphasize the need for tolerance and respect for the right to political affiliation as enunciated in the country's constitution. This is a pre-requisite for peaceful polls and CiZC is deeply concerned by reports of political victimization being recorded around the country.
Politicization of food aid and agricultural inputs has also seen perceived opponents of the regime being sidelined and CiZC implores the government to ensure that every Zimbabwean benefits from government programmes despite political affiliation.
CiZC also implores traditional leaders, the military and our public service officials to desist from partisan politics as this goes against the spirit of Independence which sought to create an equal society characterized by respect for the rule of law.
As Zimbabwe celebrates Independence Day, CiZC reiterates that this important day is and must be treated as a national event that does not in any way seek to serve political party interests.
The past years have recorded cases of people being force marched to Independence Day celebrations by Zanu (PF) activists while those who chose to defy the order were victimized. The victims were mostly citizens in the villages and informal traders in urban areas.
In the spirit of Zimbabwe's independence, CiZC challenges the "new dispensation" to uphold the constitution and ensure that every Zimbabwean enjoys fundamental rights such as freedom of association as well freedom of expression among other rights.
The declaration of Zimbabwe's Independence in 1980 paved the way for free and fair polls and in this regard, CiZC reiterates its call for free, fair and credible polls in 2018. This calls for implementation of critical reforms that will ensure credible polls. With this we reiterate our call that Zimbabwe belongs to all its sons and daughter and deserve the right to a prosperous life free from hunger, disease, starvation, squalor and other vices as the ruling elite get fixated on exhausted 'patriotism' . OPINION.