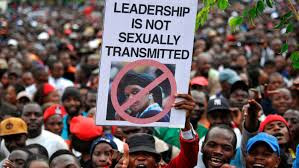 ​(File photo)
A commissioner with the Zimbabwe Gender Commission, Sibongile Mauye has called on women to take up legislative posts in the forthcoming harmonised elections.
Speaking during the provincial International Women's Day commemorations in Shamva recently, Mauye said the 2018 harmonised elections were the chance for women to empower themselves by taking up legislative posts and voting for other women to powerful positions.
"2018 is the time for women to empower themselves by taking up legislative posts," she said.
"We want women to vote for other women to powerful positions as part of efforts to empower themselves.
"We want 50-50 representation in all the legislative positions which will be contested for. We don't want to be given leftovers, but we want the cake."
She said this year her commission, with the help of the National Peace and Reconciliation Commission and the Zimbabwe Human Rights Commission, would make sure that women voted peaceful without being intimidated.
Speaking at the same occasion, Minister of State for Mashonaland Provincial Affairs Advocate Martin Dinha said empowering women and strengthening women's participation in decision making was at the heart of socio-economic development.
He said the participation of women in politics and decision-making was a fundamental pre-requisite for gender equality and women empowerment.
"As women of Zimbabwe, take advantage of the Constitution that provides for a reserved quota for women in the lower house and proportional representation in the Senate as we are looking forward to the harmonised elections which will be held this year," he said.
"I would like to urge women to position themselves to take up leadership positions across all sectors as per our constitutional provisions."
The Netherlands Ambassador to Zimbabwe, Barbara van Hallemond, who commissioned a sanitary making machine at the same occasion, said empowering young girls and women was important, adding that empowered women were an important indicator of the well-being of a nation.-Online. LOCAL.