Home » Local » Police pledge safety of journalists ahead of 2018 elections

Police pledge safety of journalists ahead of 2018 elections 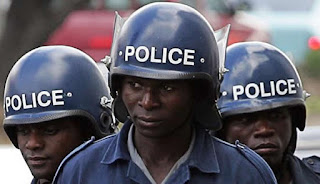 BY NEWSANCHOR REPORTERS
The Zimbabwe Republic Police have pledged they will ensure that journalists and other media practitioners are protected and allowed to carry out their duties without fear during the impending 2018 harmonised elections.
Chief Superintendent Grace Ndou issued the assurance during a stakeholder liaison meeting convened by Mashonaland West police in Chinhoyi recently, amid calls for scribes to be professional and report without fear or favour.
Ndou reiterated the need for journalists to report objectively and fairly in a bid to help promote tolerance among political opponents as the country goes for watershed elections slated for 30 July.
"As journalists, you play a pivotal and important role in our country in spreading information, therefore you should carry out your duties fairly. You should get the respect from all political parties so that you can carry out your duties without hindrances before, during and after elections and as police, we ensure your safety as you carry out your duties," she said.
The top ZRP officer called upon political parties to allow journalists to carry out their duties without hindrance and urged media personnel to shy away from corrupt activities such as taking bribes.
"As police, we would like to assure journalists that they will be no intimidation, harassment and threats as you carry out your duties like witnessed in the previous elections as we are now in this new dispensation and incidences of the past elections will not be repeated," Ndou said. LOCAL NEWS.