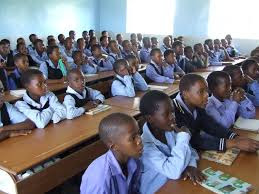 Scores of parents with learners attending boarding school were this week left in a fix whether to send their children to school or withhold them following threats of a nationwide teachers' strike as the second term starts Tuesday, 8 May.

Labour unions representing teachers have vowed to disregard the counter-threats by President Emmerson Mnangagwa's government on their intended strike, claiming no amount of bullying will force them to back-down unless their employer agrees to engage and discuss their grievances.

Last month, teachers resolved to down tools when schools open for second term next week saying the government must meet their demands first. The teachers' position seems to have been emboldened by the recent strike by medical doctors and nurses whose demands were later addressed by government.

Teachers have for decades suffered abuse at the hands of former president Robert Mugabe, amid low pay and poor working conditions.

Progressive Teacher's Union of Zimbabwe (PTUZ) leader Raymond Majongwe reportedly said intimidation will not work and they will go ahead with their planned strike.

Teachers affiliated to other unions, the Rural Teachers Union of Zimbabwe and Zimbabwe Teachers' Union have also threatened to down tools to force government to accede to their demands.

However, the minister of State for Presidential Affairs and Monitoring Implementation and Government Programmes Simbarashe Mumbengegwi disclosed the government was willing to engage the workers and has met the APEX council for the National Joint Negotiating Council (NJNC) to talk about the welfare of civil servants.

"Government is therefore calling upon all teachers not to participate in this unlawful and highly premature strike action called for by some of the union leaders who may not have the same agenda of improving conditions of service for teachers," Mumbengegwi said.

But, the unions said they wanted to negotiate issues specifically from their sector and not through the APEX council. LOCAL NEWS.