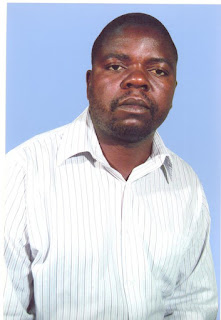 STORY BY JAMES MUONWA
The MDC Alliance needs to work hard to cast out fear inherent in the
rural electorate following years of intimidation and torture by the
ruling Zanu PF, if the coalition fancies any hopes of winning by a
landslide in the upcoming 2018 harmonised elections, an opposition
candidate has said.
Tawanda Bvumo of the People's Democratic Party (PDP), led by Tendai
Biti who is part of the MDC Alliance, said voters in rural areas
feared casting their ballot in favour of the opposition in fear of
retribution by Zanu PF elements who threaten violence upon them.
"We have mobilised adequately and conducted extensive voter education
and have assured the electorate that no harm will befall them if they
vote the opposition. Voters have generally been intimidated and this
has cost us votes in previous elections, but this time they are wiser
and more informed that their choice is their secret," said Bvumo, who
is a local businessman.
Bvumo, who is the MDC Alliance parliamentary candidate for Chegutu
East, faces Zanu PF stalwart Webster Shamu, who has been legislator
for the constituency for the last 10 years. The two squared up in the
2013 polls in which Shamu emerged the victor amid accusations of voter
intimidation and rigging.
Bvumo said this time around the coalition had put all stops to curb
chances of rigging by setting up teams of up to 20 youths who will
camp and monitor activities at each voting centre.
The MDC Alliance candidate is confident of victory over Shamu arguing
the former Mashonaland West Provincial Affairs minister nolonger
enjoyed the full backing of his Zanu PF party, amid allegations he was
a G40 cabalist loyal to ousted former president Robert Mugabe and his
wife Grace.
To make matters worse, Bvumo alleges, Shamu had fielded his loyalists
as independent councillors in some of the 14 wards in Chegutu East to
contest against those who won primaries and were endorsed by his party
Zanu PF.
Bvumo further alleges Shamu thrived on abusing State resources such as
fertilisers, seed and food aid to lure voters during previous
elections, arguing his chances of winning the polls were slim as he
did not have resources to buy votes this time around after he was
fired from his top government job by President Emmerson Mnangagwa
recently.
Efforts to get comment from Shamu over the allegations were fruitless.
If elected into Parliament, the youthful politician said he would
ensure that Chegutu East villagers will be recruited for employment at
platinum mining giants, Ngezi Platinum while empowering communities by
initiating chicken-rearing and other income-generating projects.
Bvumo also said he would advocate for the issuance of title deeds to
A2 farmers and the decentralisation of veterinary services to the area
and also help regularise the operations of artisanal miners in the
constituency. The constituency has 28 000 registered voter, according to the latest Zimbabwe Electoral Commission (ZEC) figures. These are mostly farm compound dwellers, subsistence farmers, gold panners and vendors. TOP NEWS.