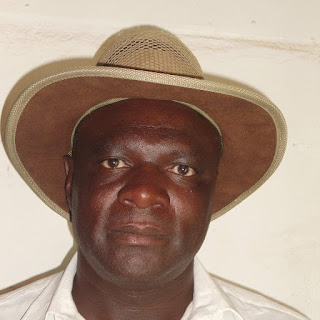 BY NEWSANCHOR REPORTER
Battle lines have been drawn between two MDC Alliance parliamentary candidates who both claim to represent the coalition for the Goromonzi West seat in next Monday's watershed harmonised elections.
Former ward councillor and aspiring legislator Taurai Clifford Nhamburo and the late MDC-T president Morgan Tsvangirayi's spokesperson, Luke Tamborinyoka both successfully filed their papers at the Nomination Court as MDC Alliance candidates.
Tamborinyoka claims Nhamburo was expelled from the party following his decision to contest in the constituency after being barred by the party's top brass.
The development has seen a defiant Nhamburo going into over-drive on a sustained campaign trail that is drawing huge crowds as opposed to Tamborinyoka who is finding the going tough.
At the weekend Nhamburo attracted a big turnout during a rally held at an open space at Mungate Village, Domboshava, which is about 25 kilometres from Harare.
The soft-spoken politician vowed to shame his detractors with a resounding victory in the 30 July polls.
Nhamburo, who evidently connects with the electorate, pledged to lobby for the regularisation of settlement of people in Domboshava, where some land barons are accused of having sold land illegally to unsuspecting home-owners. As a result, settlement is haphazard.
Nhamburo also promised to push for the electrification of households.
"If voted into office, I will ensure that Domboshava, due to its proximity to Harare, gets electricity in every household and improve the standards of living of residents to match that being enjoyed by those in the capital city," Nhamburo told supporters, who were wearing T-shirts emblazoned with his portrait and inscribed MDC Alliance.
Women empowerment programmes and the elevation of females to influential political posts should be high on the agenda of the next government, he said.
Nhamburo and Tamborinyoka are currently locked in a court fight where the latter is facing charges of defacing his rival's campaign posters.
In his defence, Tamborinyoka averred Nhamburo was fired from the party after he forged the signature of the party's national chairperson, Morgan Komichi, so that he could lodge his papers at the Nomination Court.
The former spin-doctor submitted a letter in court supposedly authored by Komichi certifying that Nhamburo was expelled from MDC led by Nelson Chamisa.
"Despite my previous communication to you about the official party position regarding the Goromonzi West parliamentary candidature, I also note that you continue to disparage the official candidate with loud hailers across the constituency and that you are holding meetings and pasting posters masquerading as the MDC Alliance parliamentary candidate in contravention of the official party position, which has since been communicated to you," read part of the letter of expulsion purportedly sent to Nhamburo.
The letter further stated that the party had since reported Nhamburo at Marondera Police Station over his conduct, but Nhamburo insisted that he was still the MDC Alliance candidate for the constituency.
"It is a lie that I was expelled from the party," he told the court during the on-going trial.
"I'm still a lawful candidate for the party and the one who wins the elections between us (him and Tamborinyoka) will be the legislator for the constituency."
Other candidates contesting the Goromonzi West seat include, among others, Energy Mutodi (Zanu PF) and former Zanu MP for the area Beatrice Nyamupinga who now contesting as an independent following her ouster from the revolutionary party for aligning with the G40 faction loyal to ex-first lady Grace Mugabe and opposed to the ascendancy of Emmerson Mnangagwa to the presidency. LOCAL NEWS.