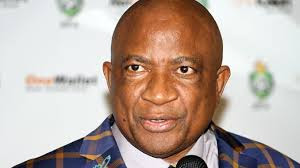 Zanu PF Zvimba South aspiring legislator, Phillip Chiyangwa brew a shocker when he told parents struggling to pay tuition fees for their children not to bother paying the monies.

The politician-cum-businessman was speaking during a mini-rally to drum up support in Banket this week ahead of Monday's crunch harmonised elections in which he faces, among others, former Mines minister Walter Chidhakwa, who is the constituency's outgoing lawmaker.

Chiyangwa was not done yet and went on to name-drop, claiming his pronouncement had the backing of Vice President Constatino Chiwenga, who had since endorsed the 'policy'.

"I know some of you are having problems in paying school fees. It's not a crime not to have money. Yesterday, I was in Zvimba North with VP Chiwenga and we talked about it...

"If you can't pay, just don't," he said amid cheers from the predominantly female crowd.

"It's unfortunate that a politician is announcing such a dangerous position and actually drags the VP's name into it. You cannot simply tell parents to stop paying fees because they are finding it hard. What if everyone stops paying, the sector will collapse. Yes, the economy is facing challenges and people don't have money but they should make payment plans to settle the fees arrears if there are any," he opined. LOCAL NEWS.