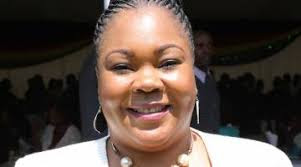 John Mrwira in Chinhoyi
The premier Mashonaland West Agricultural Show has kicked off in
Chinhoyi with 80% uptake of exhibition stands, and anticipation of a
bigger event this year.
Show Society general manager, Brian Vengayi said all logistical
arrangements were inorder, while exhibitors were already on the ground
putting final touches to their stands.
"All logistics are in place and most exhibitors have finalised their
stands, while people have started coming to attend our annual event.
We are expecting a high
turn out from the community and the business world," he said.
New exhibitors include Orgfert, Old Mutual, Superlife, CBZ, among others.
On the entertainment side the show manager promised lots of fun as
there will be kids entertainment and a music festival headlined by
high-riding Jah Signal, T-Gonz and Chinhoyi-based chanter Preacher
Man.
Minister of State for Mashonaland West Affairs, Mary Mliswa will
officially open the event Saturday.
This becomes the 72nd edition of the event which was incepted in 1947.
The show runs under the theme; "Building the gross domestic product of
Mashonaland West."
The general manager said the 2019 theme dovetails with the
government's thrust of devolution to create provincial economies.
The exhibition has been running annually, despite the depressed
economic conditions. (ENDS)-TOP NEWS