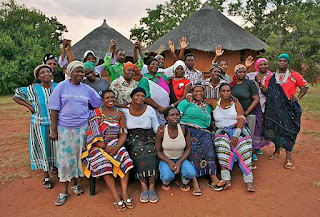 BY JAMES MUONWA
The government and communuties are struggling to ensure adequate social safety nets that guarantee dignified livelihoods of older persons.
This comes against the backdrop that the Social Welfare department is awarding older persons a measly ZWL$20 monthly, while the stipend is not paid timeously thereby exposing the aged to the vagaries of the harsh economic environment.
Chengetanayi Old People's Home board chairman, Theodore Mhlanga decried the very low allowances given to elderly people from Treasury.
"The $20 per inmate monthly is unsustainable and government needs to urgently review it.
"Payments are erratic and this makes life even more difficult for this marginalised group as inflation keeps chewing into the meagre allowances," said Mhlanga, adding poverty was robbing older persons of their human rights and respect.
Mashonaland West provincial social welfare officer, Agnes Mutowo, however, sprang to government's defence arguing the monthly allowances had since been hiked, although she was not at liberty to give figures.
According to the 2012 Census, there are an estimated 53 200 older persons in the province.
Mutowo lamented the collapse of the family unit which has seen an upsurge in the admission of elderly people in homes, a trend which was previously taboo in African tradition.
Mutowo also highlighted families should ensure adequate care for their senior members who are susceptible to chronic diseases such as diabetes, hypertension and cancer.
She said the aged were stigmatised and labelled witches and wizards leading to isolation, neglect and abuse.
"Lets care of our older people and shun stigmatisation by branding them as witches and wizards as this only exacerbates their suffering because they are prone to chronic diseases," said Mutowo.
She said many older peolple were being overburdened by caring for HIV/Aids orphans and need help from community members.
Mutowo urged various stakeholders to assist government in providing social safety nets by helping in the administration of old people's homes and donate wheelchairs, spectacles, among other equipment to ensure dignified livelihoods for older people.
This year's International Day for the Older Persons, marked in October, was commemorated in Chinhoyi this week under the theme "Journey To Age Equality."-TOP NEWS.