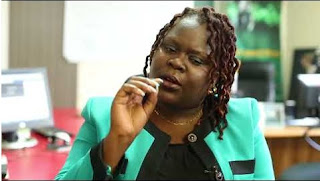 BY JAMES MUONWA
A new political party, the Labour Economists and Afrikan Democrats (LEAD), bouyed by growing calls for the lifting of sanctions imposed on Zimbabwe, is making significant inroads in Mashonaland West province where it is in the process of establishing structures in all the province's seven districts.
LEAD is fronted by firebrand politician Linda Masarira-Kaingidza, former spokesperson of ex-deputy prime minister Thokozani Khupe-led Movement for Democratic Change (MDC).
Masarira-Kaingidza and her team were at the weekend in Mashonaland West province where she met aspiring councillors, Members of Parliament and Senators during interfaces held in Mutorashanga, Banket, Chinhoyi, Mhangura, Karoi and Kariba.
Masarira-Kaingidza told NewsAnchor LEAD had joined the fight against sanctions imposed by the West,  branding the embargoes as a form of economic warfare that have brought immense suffering on the masses.
"As LEAD we are engaging with local communities and grassroots citizens and having meetings to discuss the dire effects of sanctions and the importance of speaking with one voice to push for sanctions to be lifted," said Musarira-Kaingidza.
In 2000, the United States and the European Union bloc slapped Zimbabwe with economic sanctions in response to the chaotic land seizures that dispossesed white commercial farmers of prime farmland for redistribution to majority indigenous citizens.
LEAD has also embarked on a nationwide door-to-door campaign to educate citizens on the adverse effects of sanctions.
The LEAD president opined that sanctions were deployed to justify possible military action against the country.
"Sanctions are measures that can be escalated into a military invasion by an instruction by the same President if the Americans do not neutralize that threat that they believe Zimbabwe poses to their national, economic and security interest," she said.
"This occured a number of times in South America, Serbia, Iraq, Libya, Syria and Somalia."
Masarira-Kaingidza urged Zimbabweans to have unity of purpose inorder to fix political and socio-economic problems plaguing the nation.
"We must stand together as a nation to create noise and inform the world that our erstwhile colonisers have imposed economic war, sabotage and destabilisation that is killing people, displacing millions, destroying the economy and making people suffer to change a government undemocratically inorder to force it to surrender its natural resources."
She added, "As a concerned alternative party in Zimbabwe we are on the process of forming partnerships with other nations which were sanctioned by the West to forge a drive for African political, economic and social unity to bust sanctions as they can be used to subjugate African countries for strategic resources plunder by world super-powers."-POLITICS.