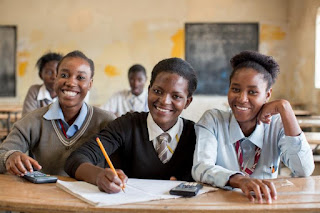 BY JAMES MUONWA
Teachers and learners engaging in sexual relationships risk harsh punishment from the Education ministry, which is reportedly worried with the growing trend.
Mashonaland West provincial education director, Gabriel Mhumha warned both teachers and pupils to desist from engaging in love affairs as this affected the teaching and learning process.
Mhumha issued a stern warning particularly to teachers, saying perpetrators risked losing their jobs, while urging girls to concentrate on their studies.
"A teacher who gets into a love affair with a pupil is playing with fire and they risk being fired.
"Female learners, on the other hand, should not be tempted to fall in love with their teachers but must focus on their studies and not go to school to flaunt their beauty or bodies," said Mhumha.
He said the new competence-based education curriculae dubbed "The Future" seek to nurture and develop skilled learners who can solve various challenges bedevilling society.
He made the remarks during the recent awards ceremony organised by the Better Schools Programme of Zimbabwe held at Sinoia Primary School in Chinhoyi.
Speaking at the same event, Makonde district schools inspector, Solomon Katoma said the ministry continues to work tirelessly to avoid 0% pass rates in schools.
"Comparing to other districts, Makonde is not doing badly especially at Grade Seven where 27 learners had five units in 2018.
"We continue to fight the death of 0% as four of our primary schools got zero percent in 2018 as compared to ten in 2017," said Katoma.
Pass rates among schools in Makonde district have been steadily improving since 2013, with Grade 7, 'O' and 'A' Level recording 42, 23.2 and 85.7%, respectively.-EDUCATION