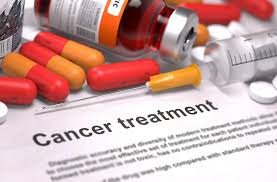 BY JAMES MUONWA
Cancer has overtaken HIV and Aids and other killer ailments to become
the deadliest disease in Zimbabwe, where 30 percent of deaths are
recorded annually.
Over 250 000 children and adolescents below 20 years old are diagnosed
with cancer every year, while 90 000 do not survive.
Health and Child Care minister, Obadiah Moyo, in a speech read on his
behalf by the director for non-communicable diseases in the Health
ministry Dr Justin Mudavanhu during belated World Hospice and
Palliative Care commemorations hosted recently at Chinhoyi Provincial
Hospital, raised concern over the urgent need to scale up integration
of palliative care in the health sector inorder to enhance equitable
access to holistic quality care for people suffering from
life-threatening illnesses.
"Cancer accounts for 30 percent of mortality in Zimbabwe and up to 7
000 new cases are recorded annually.
"The commemoration is coming at a time when Zimbabwe's epidemiological
profile reflects a dual burden of communicable and non-communicable
diseases (NCDs) that have led to high morbidity and mortality and an
observed increase in the number of NCDs such as hypertension and
cancer," said Moyo.
The Health minister said 95 percent of adults and children with NCDs
and patients afflicted by HIV/ Aids and TB require palliative care but
a paltry 5 percent was receiving it.
"With the growing demand for palliative care in the country, the
development of improved capacity to delivery of palliative care is a
high priority."
Moyo said the capacity building will be through knowledge, skills and
tools that enhance the early identification of patients who require
the service, screening and referral of patients to the next level of
care.
Speaking at the same event, a breast cancer survivor, Mwaoneni Mupungi
(49) who got help at Island Hospice, emphasised the need for
specialised care for patients and called on the government to heavily
subsidise cancer drugs which are very expensive.
Hospice and palliative care day is marked globally during the second
Saturday of October to raise local, regional and international
awareness on the subject.
This year's commemorations were held under the theme, 'Palliative
Care: My Care, My Right'.-TOP NEWS.