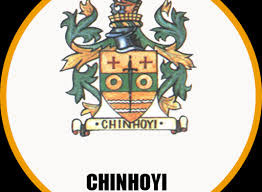 BY JAMES MUONWA
Cash-strapped Chinhoyi Municipality reportedly splashed over $500 000 during a one-day sports tournament held in Marondera a fortnight ago.
The local authority, which is gunning for city status, splurged the money amid deteriorating municipal services in the wake of uncollected garbage, malfunctioning street lights, erratic water supply and non-payment of employees' salaries.
Investigations by NewsDay revealed that each participant was paid $800 spending money on November 8, while middle and senior managers who used their own vehicles were paid much more in travel and subsistence allowances.
Council hired three 75-seater buses to ferry participants, who were also given new branded tracksuits.
Controversy still surrounds the tracksuits tender reportedly dubiously awarded to a company linked to a certain councillor.
When contacted for comment, town clerk Maxwell Kaitano said he had tasked public relations manager Tichaona Mlauzi to respond to inquiries by this journalist but Mlauzi was not cooperative and had not responded at the time of writing.
"Mlauzi will respond to you. I forwarded your request to him as our public relations manager and head of the local organising committee for the Inter-City Sports Festival held in Marondera," said Kaitano.
Part of the money was used to pay for accommodation for the estimated 250 participants who spent the night merry-making, before returning the following day.
Chinhoyi Residents Association chairman, Clifford Hlupeko, described the expenditure as "ridiculous."
"The expenditure of half a million on a sporting tournament is ridiculous and naive for a council that is struggling to offer good service delivery.
"It is disheartening to think that people that we entrust with our monies lose focus and become myopic and shallow-minded by prioritising wrong things at the expense of basic things such as water and roads," said Hlupeko.
He noted that the quantum of money spent on the one-day jaunt could have been used to improve the water supply situation in the perennially dry town.
Councils which participated at the sports fiesta were Harare, Bulawayo, Mutare, Kadoma, Kariba, Karoi, Gweru, Chegutu, among others-TOP NEWS.