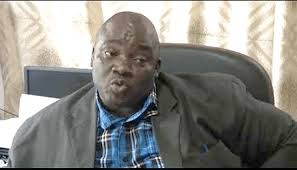 BY JAMES MUONWA
KADOMA: Factionalism reared its ugly head during last Friday's main
Presidential Clean Up campaign held here and billed to be officiated
by Acting President Kembo Mohadi.
Scores of prominent Zanu PF figures, including Mashonaland West
provincial commissar Solomon Solomon, were conspicuous by their
absence at the event that was later officiated by Paul Damasane,
permanent secretary in VP Mohadi's office.
The only notable figures at the event were former parliamentarian Fani
Phiri, party apologists and businessmen Francis Kondanani, Langton
Mabhanga and Major Meja.
Controversial businessman-cum-politician Jimayi Muduvuri reportedly
attempted to capitalise on Mohadi's visit and convince him to
commission 10 housing units at his Pixie Combe Housing Project.
Ironically, the clean-up exercise was held at the "illegal" Kadoma bus
terminus which has, for years, been at the centre of a tussle between
Muduvuri and Kadoma City Council. Muduvuri claims ownership of the
land and has refused to cede title to council.
Sources told this reporter that the Zanu PF Kadoma district leadership
was not consulted over the VP's impending visit, hence the snub.
The event was bereft of the hype and bussing of party supporters
familiar with visits by high profile Zanu PF figures, an indictment
that all is not well in the party structures in Kadoma.
Solomon said he was not going to attend the clean-up exercise as he
had not been personally notified as is the norm.
"l will not go there. Why should l dignify an event organised by a
divisive individual like Jimayi?" charged Solomon, popularly known as
'Mambo Solo'.
Solomon accused Muduvuri of misinforming Zanu PF supporters that the
VP was visiting the town specifically to commission the houses at his
100-hectare housing project rolled out under his investment vehicle
Macsherp Holdings.
When this reporter visited the housing project on the day, a group of
clergymen and women, under the auspices of the Zimbabwe Amalgamated
Churches Council (ZACC) of which Muduvuri is patron, were convening a
meeting in a marquee tent erected to host the envisaged gathering
which would also include VP Mohadi.
However, Muduvuri's plot failed dismally, resulting in the red-faced
politician snubbing the clean-up in his own backyard, while his
hangers-on were forced to disperse at the Pixie Combe project situated
about 10 km from town centre where they waited in vain.
Said Muduvuri of his no-show at the clean-up, "All l was anticipating
was to meet my uncle (President Emmerson Mnangagwa) or the VP and
convince them to grace the commissioning of the core-houses that we
built for our clergy.
"l belong to the Zanu PF central committee and have been a party
member for over 30 years and nobody can dictate to me what to do. The
clean-up event, in the absence of the president, is too small and
not-worthy function for me to attend."
He added, "Besides, I am disabled and walk with the aid of a crutch
and you expect me to hold a broom and sweep?"
Muduvuri went on to draw a line in the sand and challenged his
adversaries to a bruising fight.-POLITICS