Home » »Unlabelled » Rape of juveniles up 11% as GBV escalates

Rape of juveniles up 11% as GBV escalates 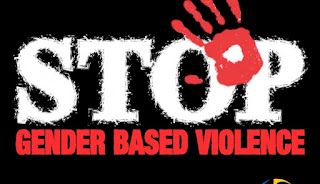 There is a high prevalence of rape cases perpetrated on children under
the age of 16, amid revelations that reported cases shot up by 11%
this year compared to 2018.
Statistics availed by the Zimbabwe Republic Police (ZRP) reveal that
rape cases of juveniles increased from 2 148 recorded countrywide last
year while the figure rose to 2 382 this year, thereby representing an
11% hike.
Police Commissioner-General, Godwin Matanga said children were worst
affected by Gender-Based Violence (GBV) committed, in most instances,
by close relative or persons known to the victims.
Matanga also highlighted that there were hordes of cases amounting to
1 177 of accused persons found foul of Section 70 of the Criminal Law
(Codification and Reform) Act which pertains to "having sexual
intercourse with a minor."
A minor is a child below 16 years of age and is, according to
legislation, unable to consent to sex.
The commissioner-general decried the snail's pace at which the
judiciary handles GBV cases, particularly those involving vulnerable
populations, who include children, women and the elderly.
"We, as police, are deeply worried by the slow pace of movement of
dockets at the courts as some complainants, including children, women
and the elderly, end up losing hope and confidence in the justice
system.
"Some of the complainants default court as finances are hard to come
by as they need busfare to travel long distances to attend court. In
some instances, accused persons end up going scot-free," said Matanga.
He, however, warned GBV perpetrators that their days were numbered as
the long arm of the law will soon catch up with them.
Adult rape cases recorded last year were 1 015 nationally and the
figure rose to 1 052 in 2019.
Indecent assault 981; aggravated indecent assault 273 to 274 while
domestic violence cases dropped from 14 191 to 11 367 in 2018 and this
year, respectively.
Matanga said total reported cases of GBV this year stood at 18 123, a
figure which he said was heightened by rape, crimes of passion,
indecent assault, psychological and economic abuse.
In light of the escalation of GBV in the country, the Ministry of
Women's Affairs, Community, Small and Medium Enterprises Development,
in its bid to eradicate the scourge and ameliorate the suffering of
survivors, has partnered multi-lateral agencies, civil society and
private players and has so far etablished five One-Stop Centres to
provide health, psycho-social, legal and police services under one
roof.
There are centres in Harare, Gweru, Rusape, Gwanda while the latest
was officially commissioned in Chinhoyi last Friday.
The Chinhoyi One-Stop Centre is housed at Chinhoyi Provincial Hospital
and will provide services to survivors from Mashonaland West
province's seven districts.
Minister of State for Mashonaland West Provincial Affairs, Mary
Mliswa-Chikoka said the Zimbabwe Demographic Health Survey of 2015 had
raised a red flag on the province as a hot-spot for GBV.
"The 2015 ZDHS showed that the province had the highest GBV prevalence
at 45% which is a totally unacceptable statistic. This is militating
against all developments in the province," said Mliswa-Chikoka.
She said there was need for all stakeholders to amplify voices
denouncing GBV and raise awareness on its negative impact,
particularly the breakdown of the social fabric.
The United Nations Population Fund (UNFPA), on the occasion of the 16
Days of Activism Against GBV, said the government had made significant
strides in providing safety nets for survivors of GBV but emphasised
on the need to scale-up prevention programmes.
The Anti-Domestic Violence Council representative, Emily Chifamba
urged survivors to report cases of rape and other forms of GBV early
to ensure they get timely interventions at the various One-Stop
Centres.
Minister of Women's Affairs, Sithembiso Nyoni also added her voice
saying Zimbabwe was moving towards a domestic violence-free society as
it puts measures to eradicate the vice, which she described as
barbaric.
The 16 Days of Activism Against GBV was this year commemorated under
the theme; "Prevention, Protection, Participation and Services: End
GBV."
It is marked from 25 November to 10 December yearly.