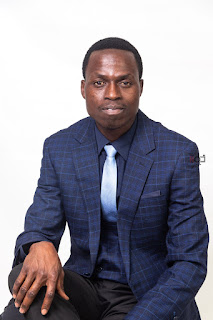 BY JAMES MUONWA
Prolific Chinhoyi-based gospel musician Edmore Mbeve, popularly known
as Minister Mbewe, has released a double-album which he says is an
inspirational package for his followers in light of the current
turbulent times facing the economy.
The two albums titled Shoko and Nhovo Yangu have been well-received by
fans judging by the street sales of his compact discs (CDs).
The unheralded and humble artiste, who is a manager at a major
furniture retailer, is backed by African Worship Band.
Mbeve said the albums were a present to his fans while contents of the
products were an embodiment of how God has been supportive to His
people, both in hard times and good times.
"The albums inspire people to continue leaning on God, not tire as the
Lord has answers to every life situation we face as human beings," he
said.
The album Shoko carries tracks that include Anoshamisa (He Is
Amazing), Shoko (Word), Kuvimba Nemi (Count On Him), Mweya Mutsvene
(Holy Spirit), Mubatsiri Wangu (My Helper), Ariko (His Presence) and
Don't Give Up.
Nhovo Yangu contains songs such as Makandisesedza (You Walked Me),
Ndijesu (The Almighty), Dombo (Pillar), Kutaura Naye (Talk To Him) and
Kufamba Mumweya (Walk In The Spirit).
Buoyed by the favourable reception of his latest project, Mbeve
promised more albums in the near future.-ENTERTAINMENT.