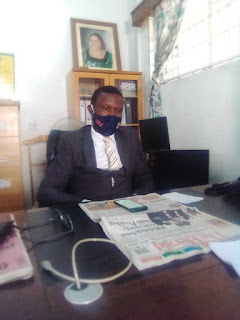 By James Muonwa
Religious leader, Andby Makururu, has embarked on an ambitious drive to empower members of his church.
Makururu, popularly known as Madzibaba Andby, said his church would capacitate members of his congregation through developmental projects such as bread-making as a way of complementing government's efforts of creating jobs.
Madzibaba Andby urged the traditional apostolic churches to have a paradigm shift so that they are not viewed as 'backward' churches.
He said that he was positioning his church as an integral component for societal transformation.
"My church supports the current ruling government. It is our spiritual growth and duty to respect our leadership hence our loyalty to the government,"
"As a church leader with his followers at heart, I saw it prudent to help them in having such developmental projects. It is part of our goals and desire to uplift people's livelihoods," said Madzibaba Andby.
He added, "l realised that most families were experiencing food shortages in these times of Covid-19-induced lockdown and the church has chipped in donating some foodstuffs towards their welfare."
He said that his church has also donated to the less privileged members of society who are not part of his church.
"I have also donated ZLW$50 000 to four women and two men to buy maize for resale as another way of empowerment.
"I am very grateful to our shadow MP for donating space for the women's project to kick-start .
We hope to keep on rowing the same boat with our local leadership in all our programmes in the province," he said.
Zanu PF shadow Member of Parliament, Engineer Last Taguma Sauramba, said that he had partnered Madzibaba Andby in steering development in Chinhoyi.
"We have struck a good relationship with Madzibaba Andby in terms of helping some members of his church through developmental projects.
"We helped in the construction of the Roman Dutch oven while Madzibaba Andby provided the bricks for the oven.
"The oven would benefit 10 people who were trained in bread making.
"My wife conducted the one day workshop and we hope to train more members of the church.
"I urge the church to continue praying for our leadership and instilling a sense of discipline and loyalty amongst the congregants so that they don't revolt against the government," said Sauramba.
Sauramba emphasised that he has an open door policy and will keep on helping the church. LOCAL NEWS.