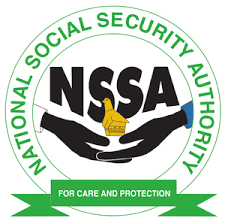 By James Muonwa
The National Social Security Authority (NSSA) has gone into overdrive in its bid to spruce up its corporate reputation, which historically was battered by grand corruption and financial malfeasance.
NSSA acting general manager, Authur Manase conceded the statutory body's image had been heavily compromised by acts of dishonesty, opaque transactions, corruption and financial impropriety by some of it's staffers.
He said NSSA had adopted a new paradigm shift anchored on three pillars, which are transparency, honesty and accountability.
"We need to create a new NSSA anchored on three pillars of transparency, honesty and accountability. It has to cleanse it's past as business in the past was shrouded in secrecy," Manase said.
He added,"NSSA is custodian to people's contributions, so inorder to live up to its promises to stakeholders there should be zero tolerance to opaque transactions.
"Everyone wants security and needs to know upon retirement that their old-age sustenance is guaranteed."
Manase said his organisation had embarked on an ambitious exercise to increase corporate brand identity and educate the public of NSSA's mandate among various communities.
"We want to deligently execute our mandate and expand our visibility to the common populace further and further in rural areas, not only at growth points but also in villages.
"The common man has to have easy access to facilities on offer by NSSA," said the acting boss.
Manase appealed to journalists to help on it's transformation exercise by shying away from sensational news, but dwell on the positives achieved by NSSA inorder to cultivate trust and confidence among it's stakeholders.
NSSA's reputation suffered a heavy  knock during the tenure of former Social Welfare minister Prisca Mupfumira, who is now facing criminal charges for allegedly creaming-off over US$90 million from the quasi-parastatal. LOCAL NEWS