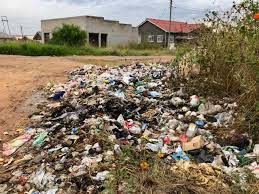 By Sharon Chikowore in Chinhoyi
Chinhoyi Municipality has come under fire for failing to collect refuse in the town's residential suburbs, a development which has witnessed the proliferation of illegal garbage dumpsites, which are fertile breeding ground for disease vectors such as flies and mosquitoes.
A snap survey by NewsAnchor this week revealed a sorry state of affairs in Orange Grove, Muzari, Chikonohono, Ruvimbo, Mpata, Hunyani and Rusununguko suburbs, where residents have resorted to dumping refuse indiscriminately. Among the waste were disposable diapers, commonly known as pampers laden with human excreta, and soiled sanitary pads.
A recent notice issued by council's public relations department came a little too late to pacify irate residents from attacking the management and councillors for literally "sleeping on the job".
Reads part of the council notice; "Please be advised that our refuse collection schedule has been disturbed by unavailability of diesel in Chinhoyi. We urge you to keep the waste at your premises..."
Chinhoyi Residents Association (CRA) chairman, Clifford Hlupeko described the statement as "cruelty."
"The statement issued by the municipality in regards to collection of bins is nefarious and borders on cruelty. How do they expect people to keep garbage at their premises?
"Actually, what these guys are trying to tell us is that they have become tired of thinking...we will not tolerate this, it's unacceptable and this can only come from a person with half a brain," charged Hlupeko.
The CRA chairman said council management and councillors should be innovative and find ways to circumvent the diesel shortages.
Hlupeko opined that already health authorities had to deal with the Covid-19 pandemic and an outbreak of Cholera or typhoid would spell disaster for the town.
"Council is putting the lives of residents in danger," he said, adding council should expeditiously arrest the problem.
Chinhoyi Residents Trust (CRT) coordinator, Peter Liwanda weighed-in, saying non-collection of garbage was a sign of council's lethargy to improve service delivery in a town gunning for city status.
"We are very worried about non-collection of refuse by our local municipality within communities for the past several weeks.
"This has resulted in the sprouting of rubbish dumps on street corners, and this is unacceptable as it endangers people's well-being. Besides, they are clamouring to be accorded city status so they can loot money without improving anything," said Liwanda.
Besides uncollected garbage, Chinhoyi residents grapple with dry water taps, impassible roads and malfunctioning street lights.
The local has moved to billing in foreign currency in a bid to cushion itself from runaway inflation, which has made procurement of essential supplies a nightmare.
Efforts to get comment from Chinhoyi council spokesperson, Tichaona Mlauzi were fruitless. LOCAL NEWS. 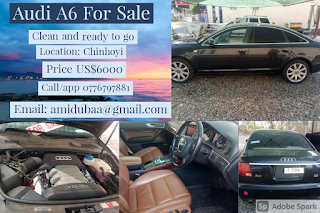 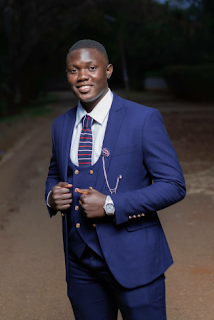 Superlife is a venture designed for upcoming entrepreneurs and is a network marketing company based  in Malaysia. The company, fronted by youthful businessman Leslie Tsabora, has products such as stc30 for stem cell.
What is stem cell? It is a special cell with an ability to differentiate into any of 220+ cells of the human body.
"I am quite positive it's business opportunity will provide youths with more jobs and ideas on how to make a living. Superlife is a profitable business which requires little or no business experience for one to start making money with it," said Tsabora.
He encouraged people to take stc30, which is an effective tool in repairing demaged cells, replacing weak cells and replicates more normal  body cells.
It also rejuvenates old aged cells, revitalises the immune system and renews body performance.
Tsabora said his company's main agenda was to change the world and make sure that health and wealth is attained by Zimbabweans.
''It doesn't matter who you are, where you come from, join us now and change your life,'' he said.
For information contact Hon Leslie J Tsabora +263 786506133. 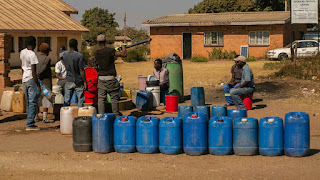 By Mavis Muchuva
The small former mining town of Shackleton, which is now under the jurisdiction of Chinhoyi Municipality, has had inadequate water supply since 1998.
Ward 15 councillor, Innocent Mangwanya told H-METRO that indeed residents are relying on one water kiosk, which is not enough to supply the water needs of the population.
Some of the residents said it has been 22 years without having adequate water supply since the mine ceased operations.
Jennifer Musekiwa said they were struggling to eke out a living, but the situation was being compounded by the inadequate water supply in Shackleton.
"We only have one water kiosk here in Shackleton, which is making it difficult for everyone to access water.
"There are more than 13 boreholes, but they are all broken down.
We appeal to our local authority to consider our plight by increasing water access points so that people won't spend the whole day waiting for a turn to fetch water," said Musekiwa.
Loyd Kamusarira of U19 echoed the same sentiments, and urged Chinhoyi Municipality to prioritize their right to safe and clean water to prevent a possible disease outbreak.
"Council must build more water kiosks in Shackleton. Alternatively we can have solar powered boreholes for council to end our perennial water woes," he said
Added ward Councillor Mangwanya, "We have one water kiosk which supplies the entire compound. It is not enough and I had to divise a mechanism where the residents take turns to fetch the water."
He said council is looking into the issue and promised to buy another pump, so that the area has two or three water kiosks.
(ENDS)