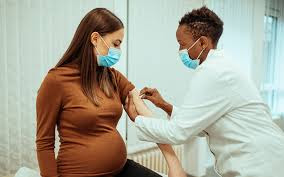 The introduction of a new injectable female contraceptive known as
Sayana Press in Zimbabwe is giving women expanded family planning
options.
Sayana Press, which effectively prevents pregnancy, was recently
piloted in two provinces, but will soon be rolled out to all the
country's ten provinces.
Zimbabwe National Family Planning Council (ZNFPC) Mashonaland West
spokesperson, Ansetus Dongo said adoption of Sayana Press has brought
convenience to women of child-bearing age as they can now choose
long-lasting contraceptives from an enlarged catalogue, which includes
the intrauterine devices.
"We are excited to be introducing this new female contraceptive which
can be self-administered by users. Its coming adds to the choices
women can opt for, among other methods of family planning.
"It is a long-lasting, effective and reversible method given by
injection and lasts for 13 weeks. As we roll out the new product we
are emphasising on it being administered by trained health personnel,"
Dongo told NewsAnchor this week.
Sayana Press, which is procured by the state-owned National
Pharmaceutical Company of Zimbabwe (NatPharm) and distributed by ZNFPC
is reportedly available in selected public health institutions and
private pharmacies, but would soon be universally accessible.
Dongo said Sayana Press will become one of the two kinds of injectable
pregnancy prevention methods available in the country, the other being
Depo Provera.
The two birth control methods are manufactured using progestin, which
is a natural hormone.
Sayana Press, like Depo Provera, is jabbed every three months or 13 weeks.
It can be used by breastfeeding mothers, young adolescents and women
on HIV/ Aids medication, among other demographics.
"The difference with Depo Provera which is injected into the muscle of
the upper arm or the buttock, Sayana Press is given into the fatty
tissue of the thigh, back of upper arm or abdomen, explained Dongo.
He added, "The hormones in the contraception moves slowly from the
injection site into the blood stream. The progestin in Sayana Press
keeps a woman's egg from leaving the ovaries.
"It also makes the mucus at the cervix thicker thus keeping the sperm
from passing through the cervix and fertilizing the egg."
Progestin also maintains a lean uterus to prevent growth of a
fertilized egg on its lining.
Public health specialist, Dr Sophia Kundishora in an interview with
NewsAnchor expressed delight on the introduction of Sayana Press in
Zimbabwe, but warned of the attendant side-effects of contraception on
a woman's mood, behaviour and physiology.
"Its a positive development as it increases the choices to those women
who are allergic or uncomfortable with the other types of
contraception.
"However, those who opt for it should expect suffering side-effects.
Studies have shown that there could be menstrual changes like
irregular bleeding, spotting or skipping the cycle altogether," said
Kundishora.
Fertility might or might not return immediately after stopping Sayana
Press and users could get pregnant after five to six months of last
inoculation, Kundishora added.
Other contra-indications, she further explained, include headaches,
dizziness, change in mood or sex drive, weight gain and abdominal
cramps.
"The good thing about Sayana Press is that it is safe, effective, easy
to use, long-lasting and reversible and at times it stops some women
having monthly periods altogether," Kundishora said.
Studies have shown that the most commonly used female contraceptive is
the hormonal pill to prevent unwanted pregnancies.
According to the Zimbabwe Demographic Health Survey 2015, sexually
active young women and girls are at high risk of unplanned pregnancies
as more than 70% of them rely on oral contraceptives and condoms, as
opposed to long term methods.
Adolescent women had an estimated 45, 000 unwanted pregnancies in
2016, accounting for 17% of all unwanted pregnancies in the
country.-TOP STORY